One of the most intriguing cases of mimicry potentially involving solifuges (as the model) involves the bird-feeding viper Pseudocerastes urarachnoides from western Iran. The snake's coloration and rough scalation provide effective camouflage in its natural environment, which is rich in burned gypsum. The snake lies in ambush, exposing the tail lure and wiggling it to produce the illusion of an actively engaged solifuge. When a bird lured by these movements approaches to take advantage of an easy meal, the snake strikes, turning the potential predator into prey. The photograph below, taken by Behzad Fathinia of Iran, and the linked video referenced below, both illustrate the lure. For more information about this fascinating snake, see the "References" section at the bottom of this page. 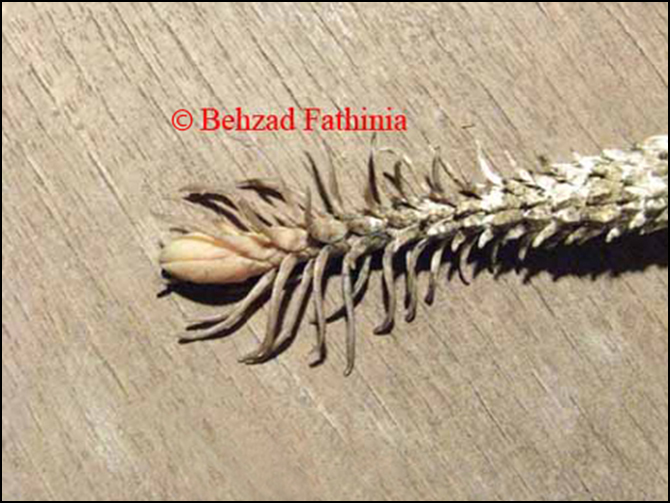 To view a video that shows the viper catching a bird with the tail lure, click here.


The images below illustrate what appears to be a striking instance of Batesian mimicry, in which a Namibian solifuge in the family Solpugidae mimics the more commonly encountered black-and-white tenebrionid beetles of the genera Onymacris and Stenocara. The top photo depicts the solifuge; the bottom photo depicts a beetle of the genus Stenocara. The striking black-and-white pattern of the beetles has been suggested to be an example of aposematic coloration (Edney, 1971). 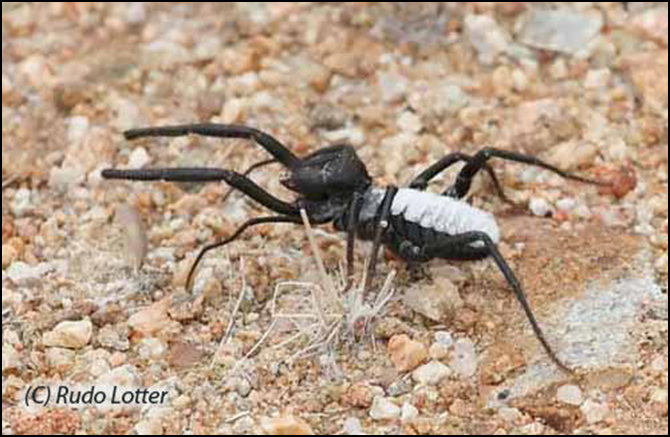 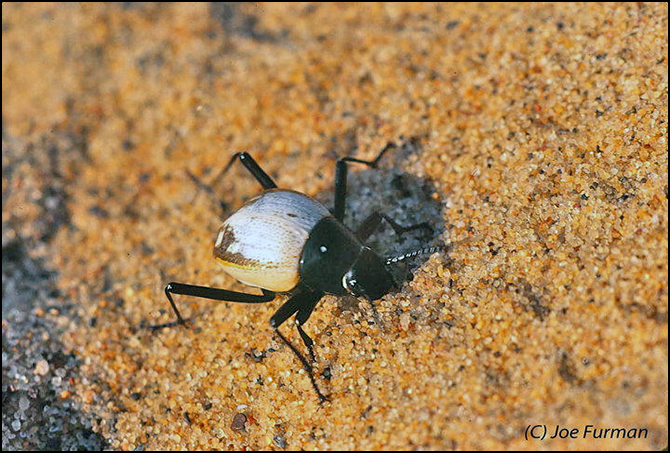