Data on courtship and mating have been recorded for only a very small percentage of the world’s species, and these observations have generally been limited to members of the families Eremobatidae (Muma 1966, Punzo 1998), Solpugidae (Wharton 1987), and Galeodidae (Heymons 1902, Amitai et al. 1962, Junqua 1966, Cloudsley-Thompson 1967). More recently, Peretti (2006) has published studies on South American Ammotrechidae.

Male solifuges, at least in the Namib Desert, search for mates in much the same way that females and immatures search for food, at times traveling considerable distances in search for their heart’s desire (Wharton 1987). Junqua (1966) observed that males are capable of mating multiple times. All male solifuges, except for those in the family Eremobatidae, have flagella on the chelicerae and though there is no conclusive evidence as to their function, they are thought to play a role in the establishment of territories during the mating phase (Lamoral 1975). Wharton (1987), while not dismissing the findings of Lamoral, noted that in the species he studied, the male flagellum is inserted into the female reproductive tract during mating. 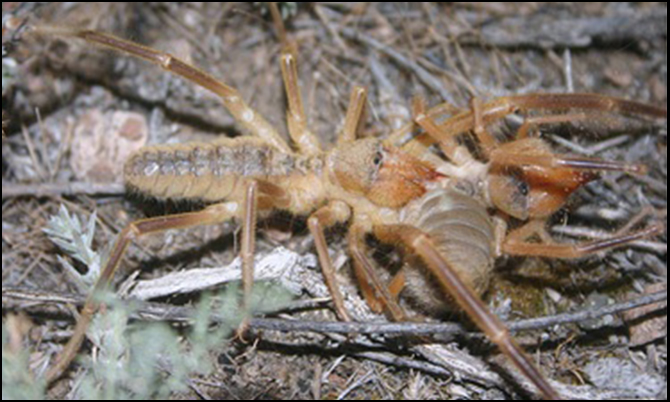 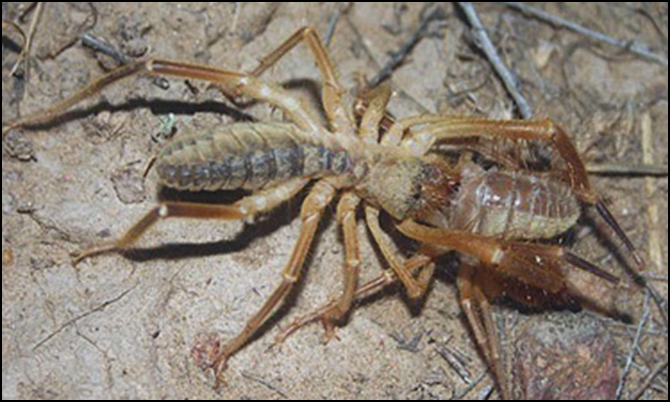