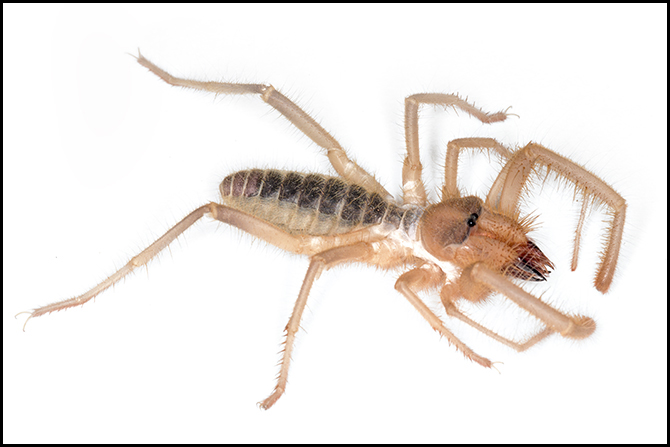 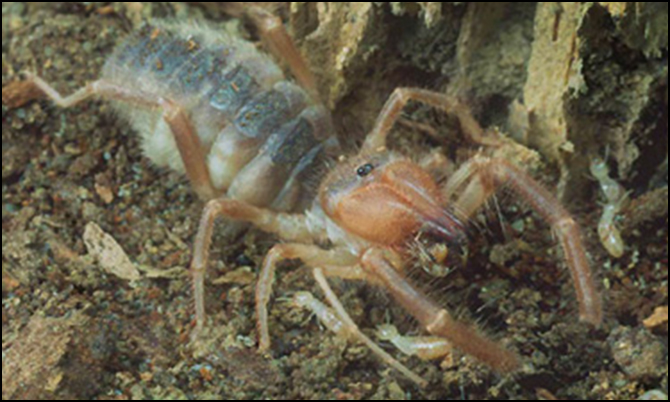 Eremobatine solpugids possess a single claw on the tip of the first leg. Most solpugids, and indeed, most arachnids, bear two claws. The single claw of the eremobatines, which is flattened and has a broad base, is a unique inherited feature (a synapomorphy) shared by members of this distinctive lineage. Five genera have been recognized: Eremobates (88 species), Eremocosta (13 species), Eremorhax (10 species), Eremothera (2 species) and Horribates (3 species). Members of the genus Horribates lack the synapomorphic single claw found in other members of this subfamily and appear to inappropriately included. 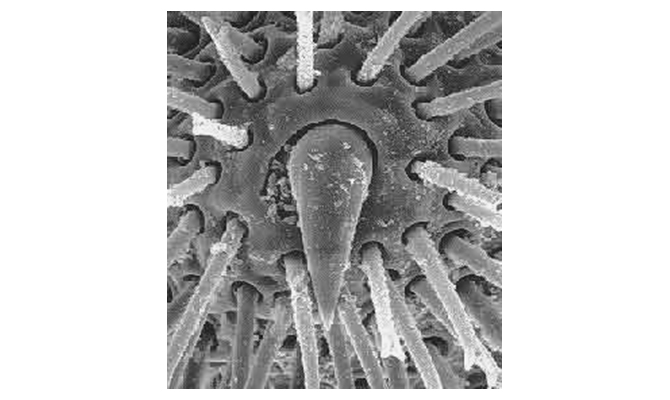 Leg 1 with one claw; chelicerae about twice as long as wide; small to large species .......Eremobatinae

"Males and females of this subfamily have one claw on the tarsus of leg 1. This claw is difficult to see on some species of Eremopus Roewer and Horribates Muma but can be obser ved from an end or tip view at high 1wgnifications . With few exceptions, such as t he small Arenotherus m1mai (Brookhart), these species are moderate t o large in size . Most haVIe chelicerae that are nearly or slightly more than twice as long as wide. Again with a few exceptions, most species are predominately pale to dusty yellow in color with specifically variable purple to purplish brown markings . Except for the description of Horribates Muma (1962), the addition of new species groups in Muma (1970), and the present paper, this subfamily is essentially the same as it was in Muma (1951)."