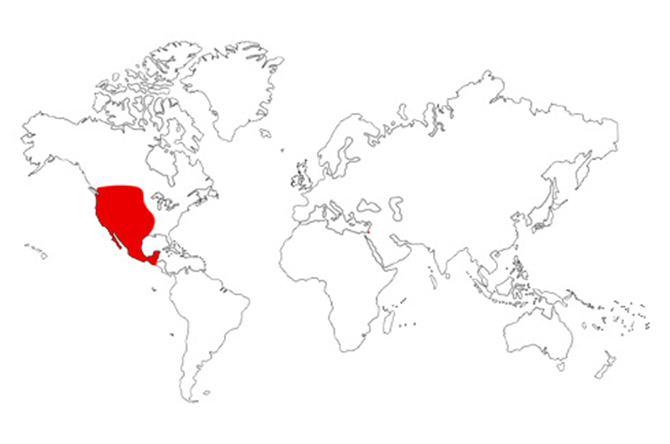 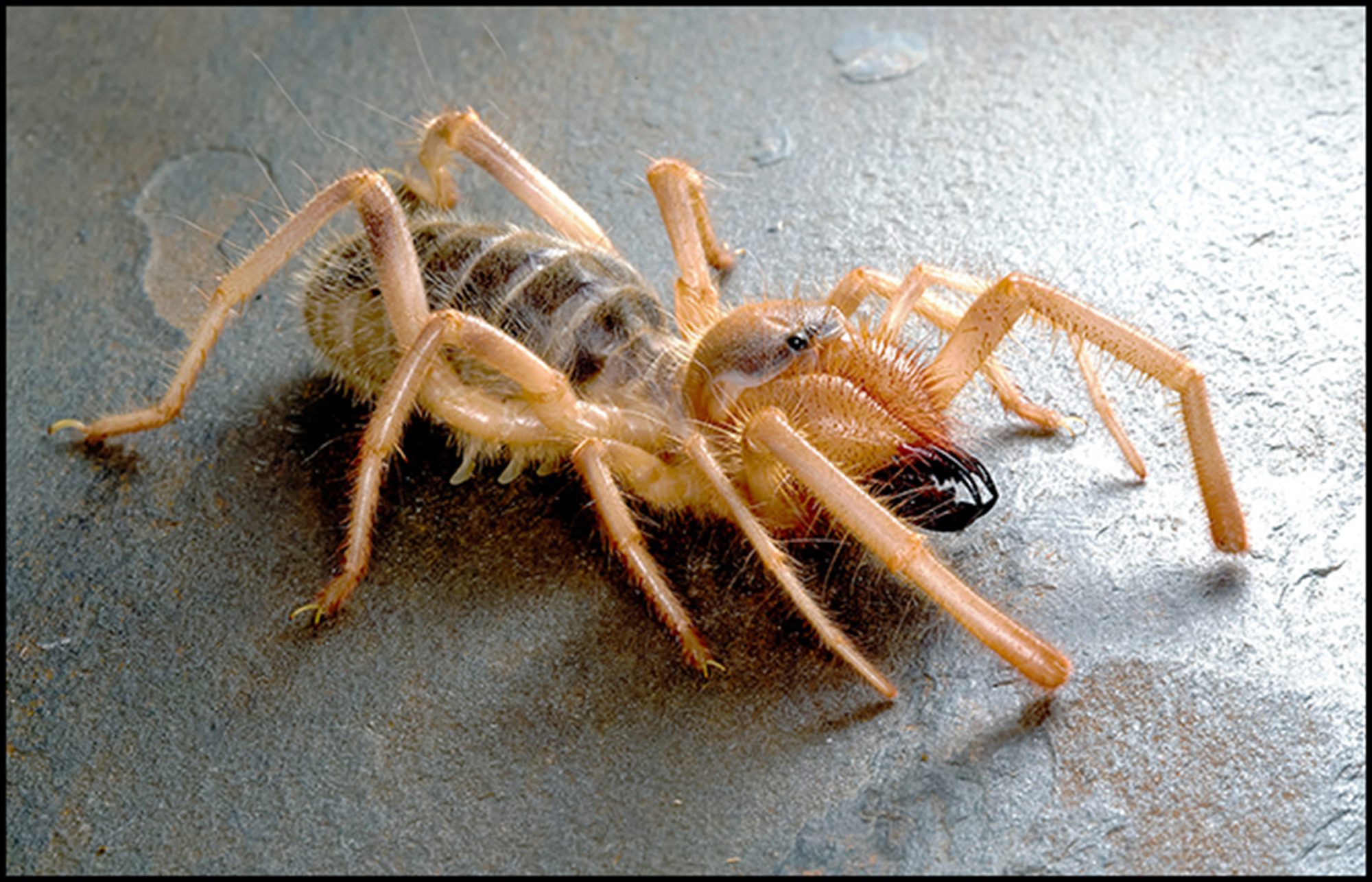 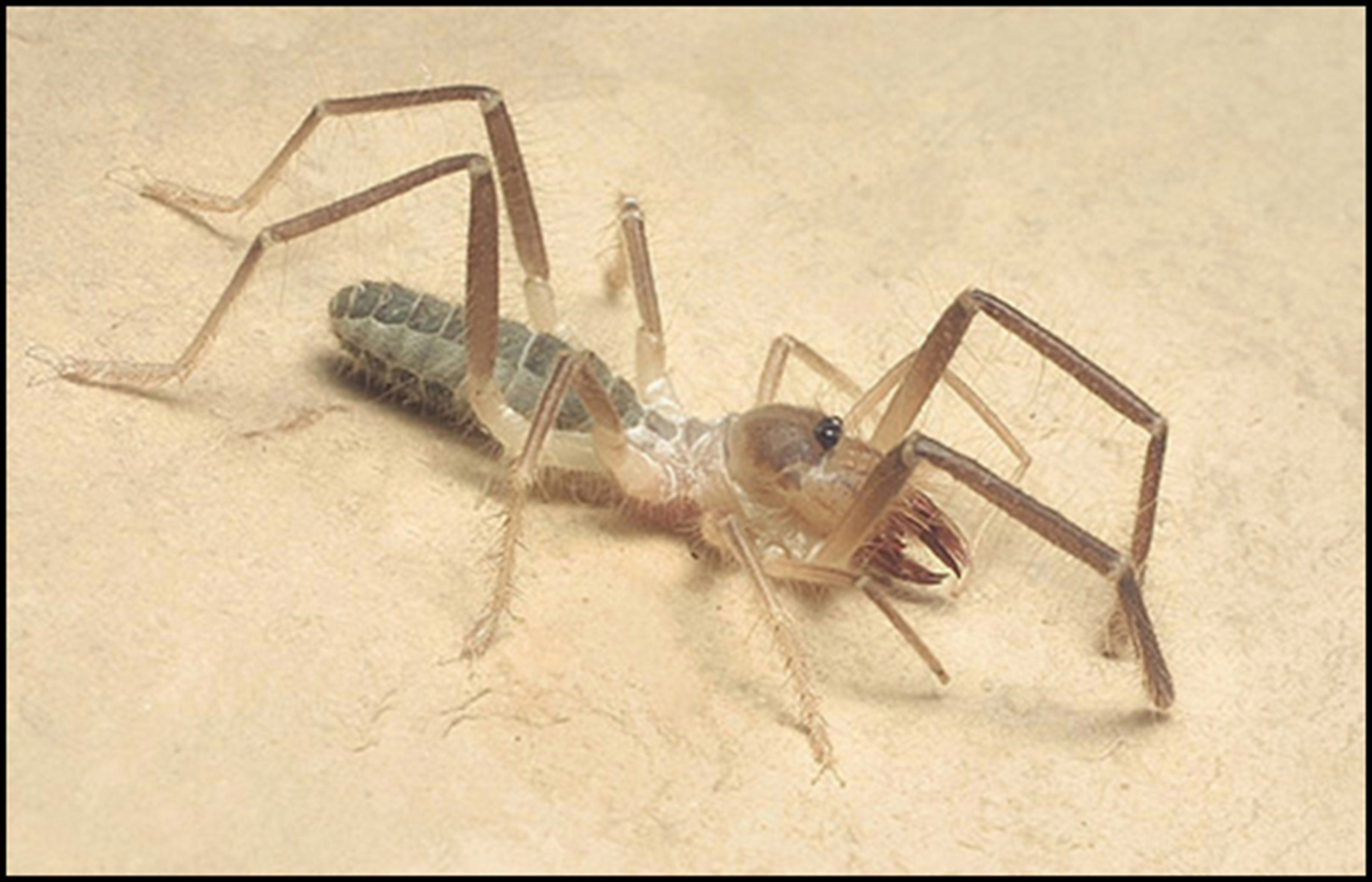 In solifugids of the family Eremobatidae, the anterior margin of the propeltidium (the part of the head that bears the two eyes) forms a straight line perpendicular to the longitudinal axis of the body (see photograph below). The mesal surface of the (typically) needle-like fixed cheliceral finger of the male may bear a distinct groove or cup and a series of modified setae (again, see photograph below), but lacks a husk-like or whip-like flagellum. In members of the family Ammotrechidae (the only other family of solifugids occurring within the range of the eremobatids), the anterior margin of the propeltidium is recurved, sloping backwards evenly from the eye tubercle, and a translucent husk-like flagellum is present on the mesal face of the fixed cheliceral finger in males (see Ammotrechidae). 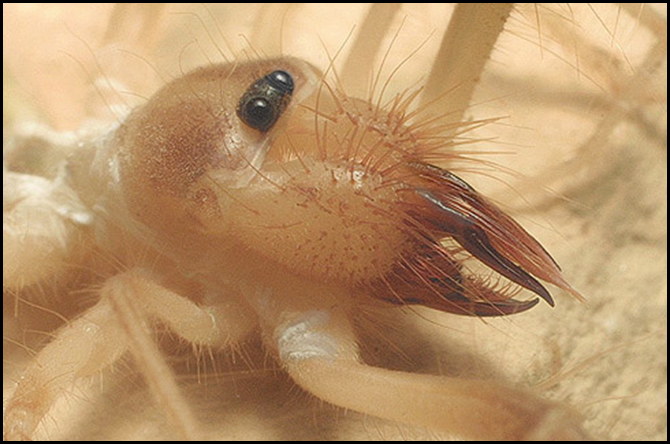